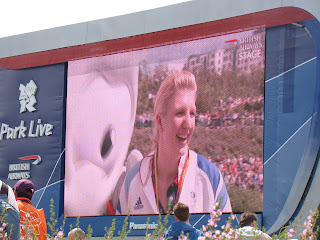 I went back to the Olympics again on Super Saturday. Me and my family spent much of the day watching the big screen in the Olympic park. A stage alongside also saw a succession of British medal winners presented to the crowd - see Rebecca Adlington above. 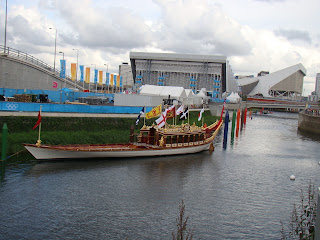 The Queen's Royal Barge was moored in the Olympic Park on Saturday. 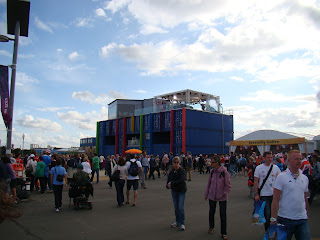 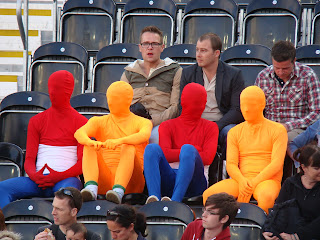 There were some very colourful spectators including some from Holland above and USA below in morph suits. 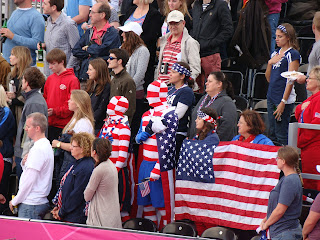 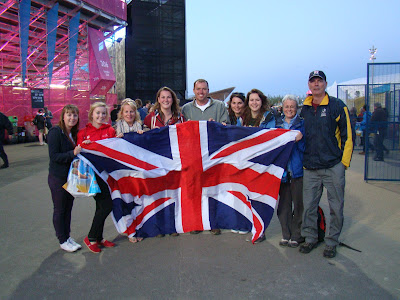 Mr Brook with family and friends at the hockey stadium - The Riverbank Arena. 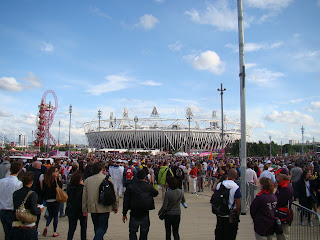 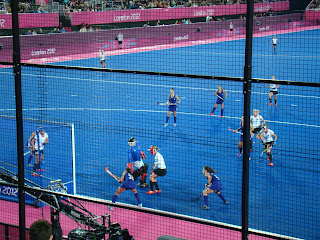 Mr Brook went to see two hockey matches: USA vs New Zealand (an exciting 3-2 win for NZ) and a brilliant match between World champions Argentina and Germany. The best women's player over the last decade (Luciana Aymer) scored a stunning goal in Argentina's 3-1 win.
The atmosphere throughout the day was amazing with Britain winning 6 Gold medals. The roar from the athletics stadium was incredible when Jess Ennis and Mo Farah won their races.