This week, Mr Brook and Mr Byer taught the children how to create an animation using powerpoint.

First, we had to carefullly line up our camera with where the legoman would come out from under the table. 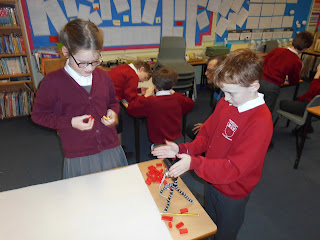 We built a legoman out of lego and then took single frame photos of the legoman, starting with his head, and then added one layer of lego at a time  and took a photo after each layer. 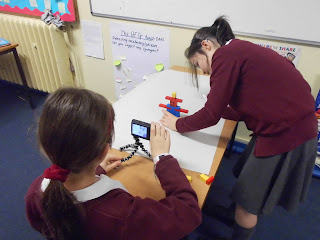 It was very important to be accurate with the placing so that when the sequence ran it looked like a vidoe so we marked a place on the paper where he stood for every photo. 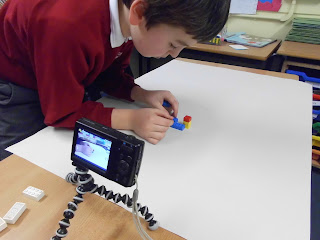 Back in the suite, we uploaded the photos to powerpoint 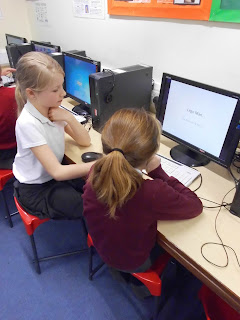 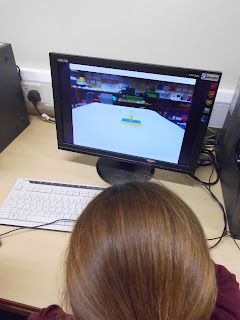 Watching the final performance by lego man as he emerged out of the table.  Some of us even managed to get the man to walk around before disappearing back into he table.  It was great fun and we really enjoyed making this animation.
Posted by Teacher at Tuesday, January 23, 2018

EYFS and Keystage 1 had a very exciting R.E day organised through the Barnabas in schools organisation. A storyteller called Chip came and lead each class and the nursery in drama and storytelling activities based around the themes of Friendship, Forgiveness and Peace. We all had the chance to think about the stories we heard and to ask questions .

We also had the opportunity to wonder about some of the big questions in R.E too such as who is Jesus’s Dad and is Joseph his step dad. 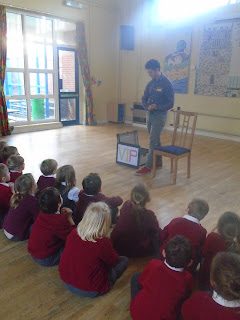 "I learnt how other countries tell people that a church service is going to begin such as using drums and not bells." -   Year 2 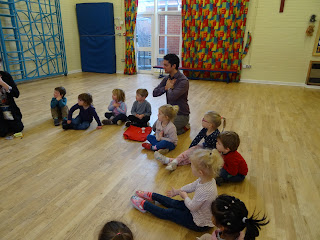 "Chip came to see us and told us a story. The brothers pushed Joseph in a hole."  - nursery

"I liked the skipping around when thinking about the world being a lovely place."  - reception 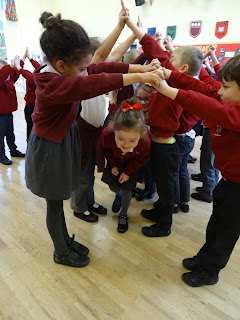 "I thought the mirror was good because it showed that we were important." -  Year 1 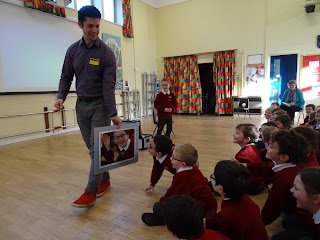 "I enjoyed digging and chucking the soil and then planting the seeds."  - Year 2

Last Thursday, KS2 got together in their Houses to complete a STEM challenge.
They were arranged into small groups and were tasked with building a tower out of 80 straws. They were given a roll of tape and a pair of scissors and given an objective: to build the tallest tower possible. The tower needed to be free- standing and they had to think about the relationship between base and height, etc. It was interesting to see the different ideas- some children constructed cubes, others used triangles and some used a combination.
The children enjoyed working in mixed groups and the tallest towers from each house were put together and judged.
A team from Bulstrode were victorious this year, well done! Houses were also awarded points which will count towards the weekly House Cup.
The staff were extremely impressed by the team work exhibited by all the children.
A big thank you to Mr. Beddow (from BT Adastral Park) for joining us to judge the entries. 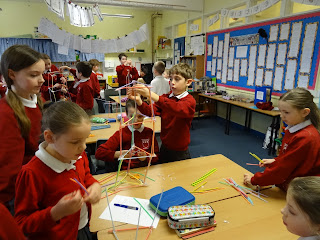 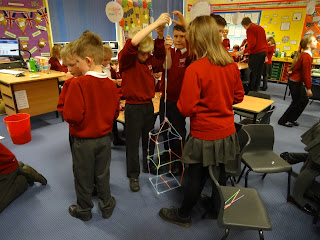 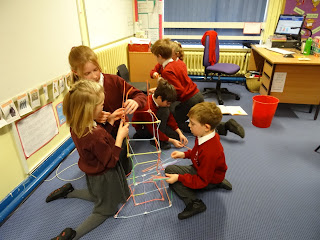 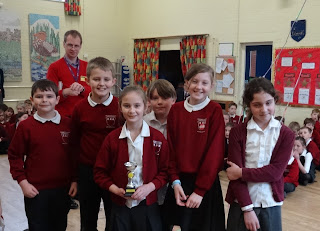 We have been informed that we will be having an OFSTED Inspection tomorrow, Tuesday 9 January 2018.

All families will be sent a letter and leaflet via ParentMail shortly, with more information about the Inspection, including a link to ParentView to give them your views of the school.

Email ThisBlogThis!Share to TwitterShare to FacebookShare to Pinterest
Labels: Our School

We were set a challenge to see how high we could build a tower. However, we were only allowed to use 60 straws, sellotape and scissors. To start, we looked at some ideas of how we could make our tower strong and stable so that we can build the tower tall. We discussed the different ways we could make a base for our tower before splitting into group to create our designs. Once our designs were drawn out we began making our towers. Here are some of our finished towers. 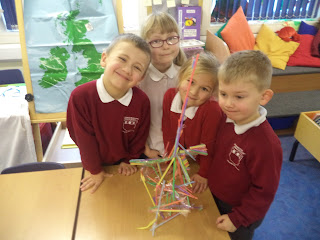 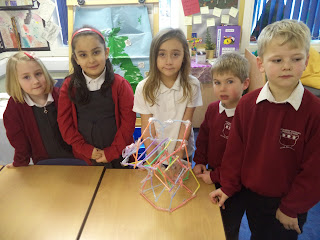 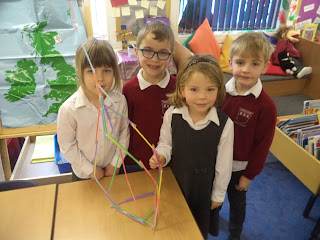 We measured each of the towers and discovered that the smallest tower was 35cm tall and the biggest tower was 82cm tall. We evaluated our tower and thought about what we could have done better/how we would do it differently. Some of us thought that we should use less sellotape. Others decided that we should cut up less straws. Overall, we were proud of our results.
Posted by Teacher at Friday, January 05, 2018