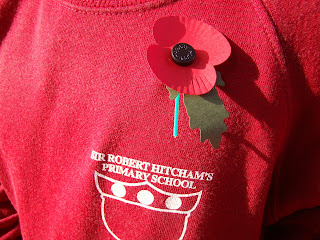 On the 90th anniversary of the end of World War 1 all the children and staff of Robert Hitcham's gathered together for a short service.
We could hear a cannon going off in the centre of Framlingham (at 11.00am on 11th November - the exact time that peace was declared) as we stood for a minutes silence. 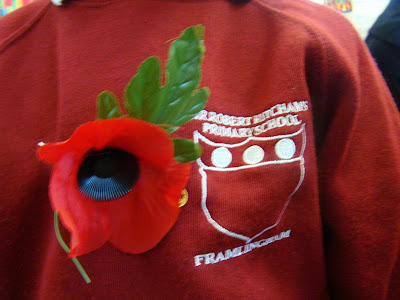 Many of our children wore poppies to respect the men, women and children who were involved in wars around the world.
Posted by DB at Tuesday, November 11, 2008