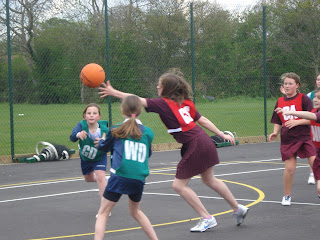 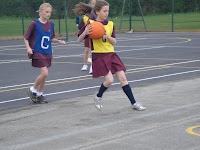 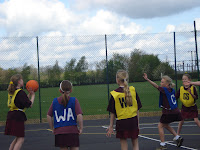 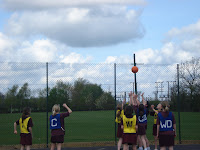 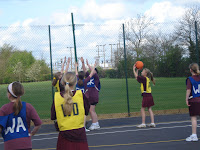 On the 29th April we took part in the local tournament for larger primary schools at Thomas Mills High School, Framlingham. There were 15 teams including our A and B sides.
The tournament started in bright sunny weather but we did get some rain.
The A team played several schools such as Wickham Market, Fressingfield, and Laxfield. We managed to win all of our games apart from Fressingfield.
Our B team also played several matches including Wickham, Eye and Debenham. They did win 3 games and finished a creditable 10th place overall.
The A team just missed out on getting to the final on goal difference so ended up in 3rd place. The tournament winners were Laxfield whom we did beat in our group matches.
It was a tiring day and we had great fun. Thanks to Mrs Elphick for her coaching and encouragement.
Report by Kitty and Hannah Year 6 Class DB
The photos and video were taken by Rachel who was unfortunately unable to play due to an arm injury.