On 2 September 2015, 2kg of rocket seed travelled from Baikonur, Kazakhstan on the Soyuz 44S rocket to the International Space Station (ISS).
The seeds have been stored in microgravity by Tim Peake (the first British ESA astronaut) before they recently returned to Earth.
Classes VW and JA were lucky enough to receive some of these seeds.
The red and blue seeds were sown and will be grown for a period of 35 days.
Children will need to measure and record similarities or differences in plant growth between the two seed packets and record this on a Measurement Chart.
At the end of the experiment, we will enter our results on the national database where the findings will be analysed and published.


We'll make a prediction based on the evidence as to which packet contains the space seeds, red or blue. 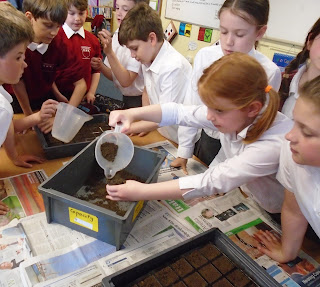 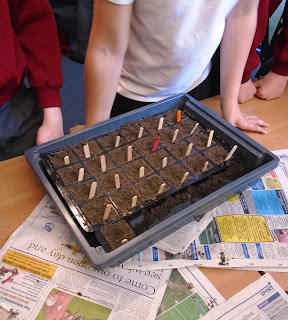