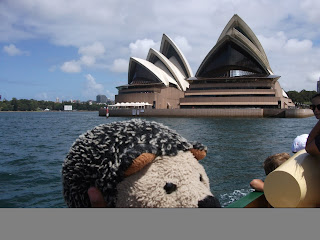 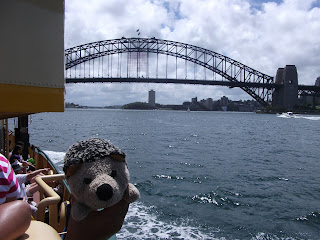 Our school mascot 'Prickles' has recently got back from the trip of a lifetime with Elizabeth from Class EM.
See report below written by Elizabeth and her Mum. 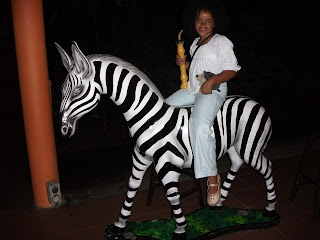 Prickles had lots of fun while he was away. He has been to Palm Beach, Sydney (where Home & Away is filmed). In true Aussie style he went to the beach, did some surfing and met some lifeguards. Back in Sydney he took in some sights and used the public transport busses and ferries. One day he went to work with Elizabeth's Godfather (Mark Ferguson) who reads the news on Channel 7 TV. He sat on the newsdesk but luckily made a quick exit before they went on air. He found being in a TV studio very exciting. 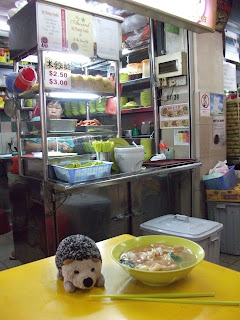 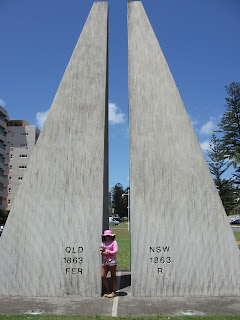 Prickles then went up to Queensland and had a photo taken on the border of New South Wales and Queensland. Unfortunately the floods (see the Brisbane River in picture below) came and we thought it was better to keep Prickles sdafe so we did not venture as far North as planned. 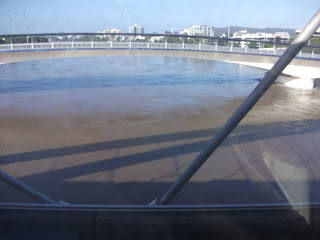 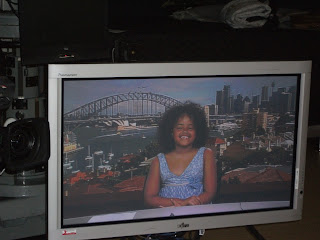 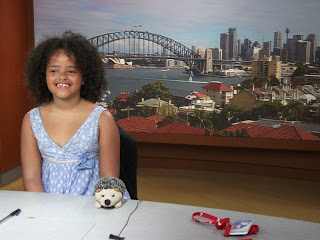 Prickles had a quick stopover in Singapore on the way home. We took him to the night safari so that he could meet some more furry creatures. Prickles was tried adventurous and tried the local food.
All in all we think he enjoyed himself, we certainly liked having him with us on this fantastic trip. 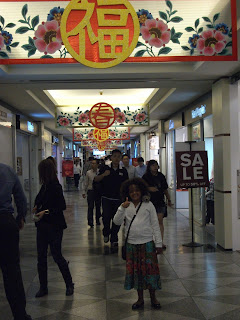 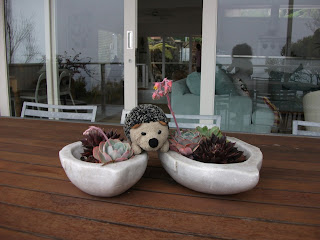 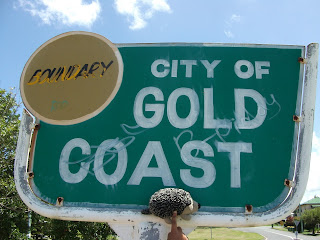 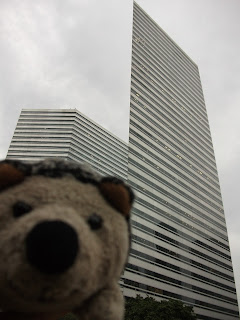