Thank you to all of those in Key Stage 2 who entered the online safety poster competition.  Mrs Picton, Mrs Colchester, a few other teachers and myself had the tricky decision  to chose.  With so many entries,  rather than having just two winners, we also chose three runners up. 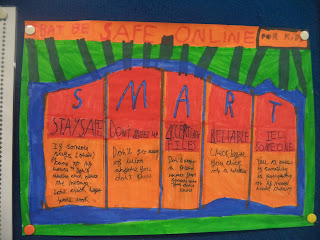 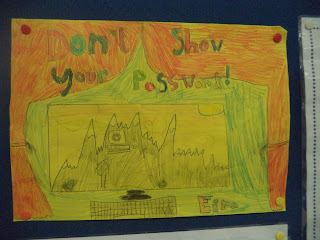 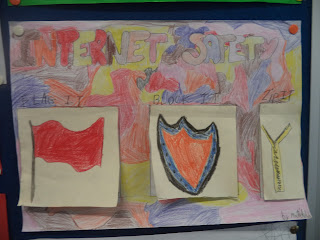 Runner-up - Matilda (Year 6)
We particularly liked the flaps with messages written underneath. 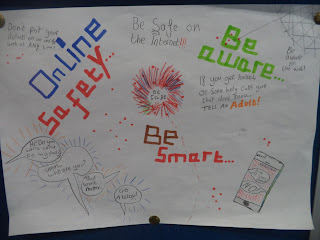 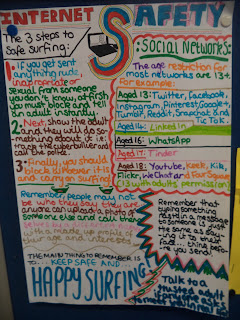 The lucky winners received a memory stick and a pack of gel pens.  I know one of the winners has been very keen and told me that they'd already used their memory stick for the home learning!!

The runners-up received a pack of gel pens.

Well done to the winners, runners-up and thank you to all those who entered.