Mr Brook's year 5 English group have been writing their own limericks based on body parts and local villages. A limerick is a silly poem with five lines. They are often funny or nonsensical. However, writing a good limerick is harder than it seems. The hardest part is getting the last line to pull the poem together. A bit like the punch line to a joke.
Here are some of their examples. 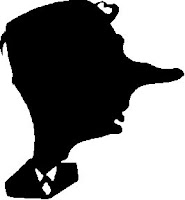 There once was a boy with a nose,
It was so long it reached his toes,
One day when he sneezed,
The almighty breeze,
Caused the surrounding shops to close!

There was a boy with small ears,
He had lots of really weird fears,
He shouted a lot,
He was scared of pots,
That made him end up in tears!