On Thursday afternoon 16 Year 5 & 6 girls headed over to Framlingham College Prep school to take part in a  Suffolk schools netball tournament.
Our emerging team were playing their first ever netball tournament which they undertook with great enthusiasm and came bottom of their group. While they didn’t come away with any medals, they did come home with a sense of pride and achievement knowing that they played their best and most importantly, they had fun.
Our developing team came top of their group which meant they went through to the semi-finals. Unfortunately they lost but they did win the 3rd/4th play off and secured a bronze medal. 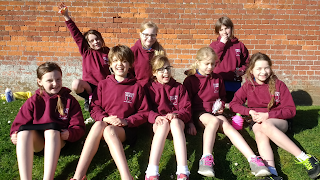 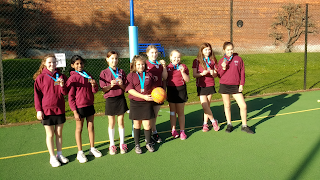 Well done to all who took part and how well they represented the school in the tournament.
Posted by Office at Friday, March 10, 2017