What a fantastic day the Year 6 had on this special STEM event at BT's Adastral Park.  Hers are a couple of reports from the children:

Yesterday the Year 6 at SRH visited Martlesham to see Adastral Park. Firstly, at 10.20 we began to program robots. The first stage was to make your robot have lights, followed by making it move. Then we were ready to prepare for the race. After hours of exhausting tinkering, the race was on. Team Bob finished fourth in the knockout stage. It couldn’t get any better for Team Bob. We had only come first in the Grand Final-WHAT A DAY!
- Chris, Class JT

Yesterday we went to Adastral Park where we programmed robots; they were about the size of a rat. We connected crocodile clips to six different plugs on the Crumble Board (A Crumble Board is the bottom of your robot , you down-load all of the information onto it). You had to make the robots eyes light up, you also had to make it go straight, left and right. After lunch we had to program the robot to make it sense a black line. At the end of the day everybody competed in a race with their robot. We had a great day!
- Maggie, Class JT 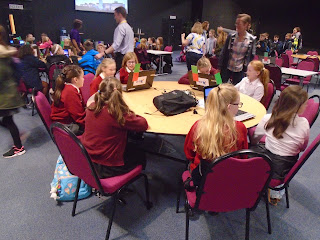 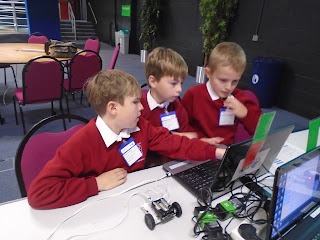 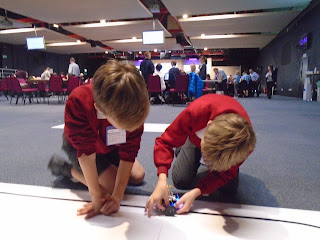 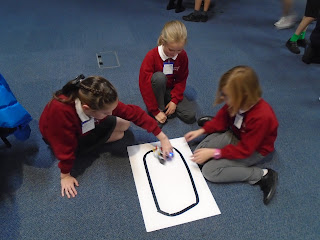 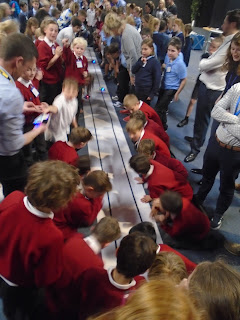 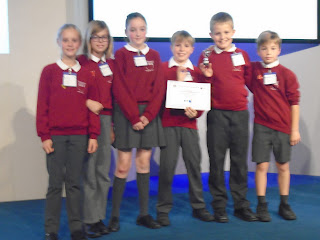