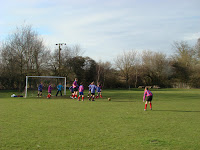 Robert Hitcham's Football team continued their winning run in a closely fought league game against Stonham. In our first match back in September we lost 4-0 to Stonham so to win this game demonstrated the huge improvement this team has made.
Stonham scored first and seemed to think they might have another easy victory. However, Fram soon equalised thanks to a good tackle and pass in midfield by Oliver which released Danny to shoot past the Stonham keeper.
Stonham were unlucky not to go back into the lead. They hit the post and had a shot cleared off the line by Oliver. Shortly before half time Clem (who was having an excellent game in defence) played a good pass through to Danny who scored his second goal.
The second half became a very tight tactical affair with few goal scoring chances. Robert Hitcham's kept their concentration to earn a superb 2-1 victory. We have a cup semi final to look forward to and this win puts Hitcham's in contention for the league title. 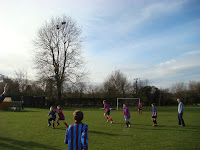 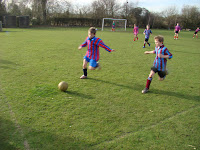 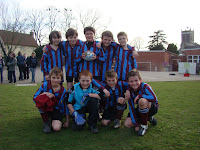