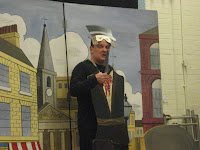 On the 18th march we had a man come in and do a puppet show for the whole school. His name was called Neil. He did a story from about 1900s and then he started. It was about a 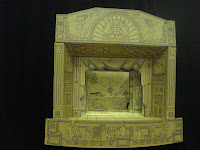 boy made out of paper called Jack. He lives in a paper brown coloured theatre. He was in a play called Jack and the Bean Stork and at night the moonlight crept in a crack in the roof and they all came alive. Jack made a flying machine, which could fly out and take him to places. There was a man who had a monkey that made everyone giggle. Then there was an artist he painted him up with colour and gold coins as buttons. There 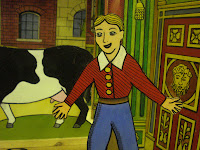 were 5 people chasing him!! Then the monkey grabbed Jack and took him to the crack in the roof and just fitted him in. Then the monkey took some of the artist’s paint and Jack painted his friends, family and the theatre.
By Rob Scott 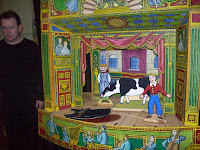 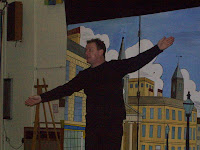 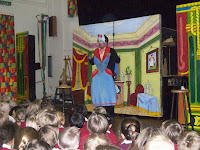 Video below was taken by Ewan Payne